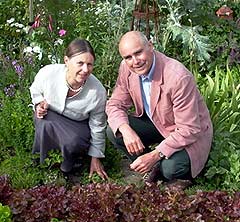 History
DK was founded as a book-packaging company by Christopher Dorling and Peter Kindersley in London in 1974, and in 1982 moved into publishing. The first book published under the DK name was a First Aid Manual for the British voluntary medical services; this book established the company's distinctive visual style of copiously illustrated text on a glossy white background. DK Inc. began publishing in the United States in 1991.